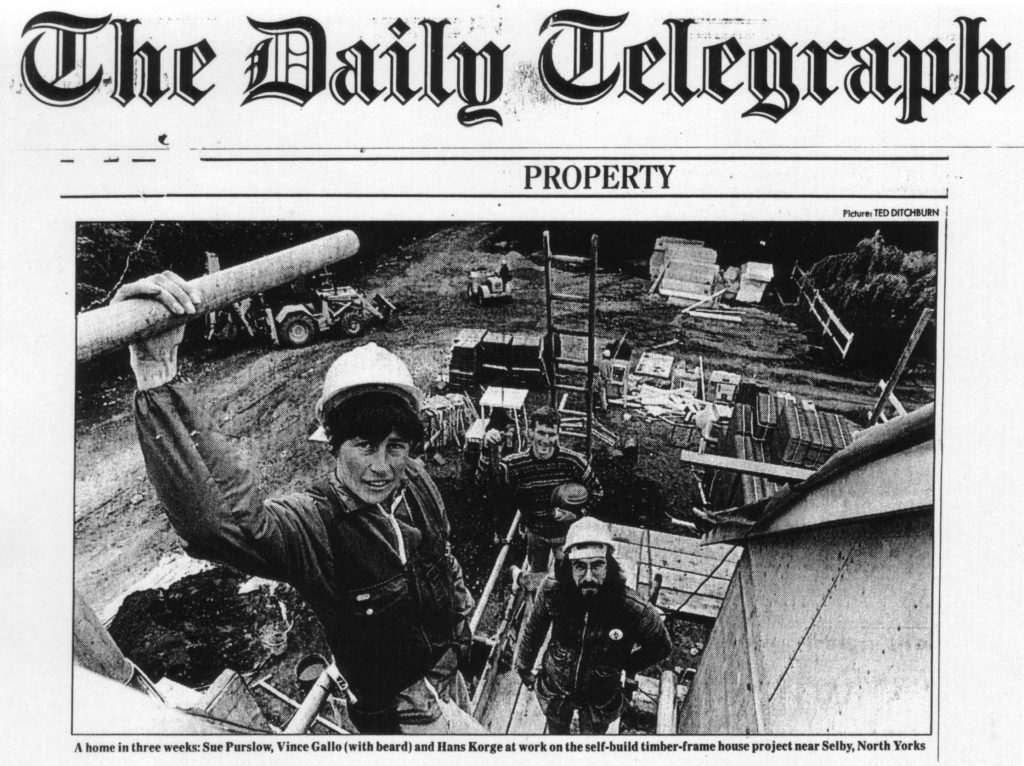 I was interviewed recently by a researcher on behalf of CITB/BEIS, as part of a project looking at how construction training needs to respond to future change. This is a massive chunk of work which – starting with an industry that is short on skills to begin with – needs to examine how it will provide the new skills we’ll need for all the new things which are going to be happening, pretty much as soon as more than one person can get onto a construction site. What new things? Well, climate change-related things of course – fewer boilers and more heat pumps. Different, heavier windows. Solar panels. And an absolutely humongous quantity of retrofitted insulation, if we’re going to get anywhere near making our existing homes – and some of them built quite recently, sadly – anything near to what is needed for a zero-carbon future.

I’d been sent a checklist of likely questions before the interview, but in the event the conversation wandered far from the “how many plumbers?” guidelines. How do we see buildings, and skills, in this country – and how does the UK differ? Three issues came to mind:-

So, where does this steer my thinking around training and skills for the future? I’m not sure it’s where the CITB want it to go, but anyway… …it starts with a bit of learning from the past. Constructive Individuals – my practice – started back in the 1980’s running training courses for self-builders (see the pic at the top of this blog). We’d find an opportunity to build a house, we marketed it as a three week course, and we brought together a team who were good with people and able to help them learn quickly. All sorts of people joined us for all sorts of reasons – from small developers who wanted to get more hands-on, through to women who’d been hoodwinked by a plumber once too often. All went away with building – and buildings – to a big extent demystified. One trainee summed it up nicely – “there’s a lot more to it than I expected, but each bit is simpler”. No-one left with a qualification, but all took with them broad understanding and practical knowledge, and a confidence that they could explore and engage with buildings around them. They knew what was behind the plaster.

More recently, with My Future York, Helen and I have been thinking about climate change and its impact on how our cities function and are planned. How will we respond to climate change, and what will be the key processes? Will it be (as seems unlikely in the UK) led by policy change from above, driving legislation? Or by more local democratic processes such as citizen assemblies? Or…

Two factors which strike us as key are that firstly, future change will rely on individual behaviour change, and that we only respond individually (in any numbers anyway) when we trust that others will do the same. Secondly, democracy – in the form of discussion and agreed action – happens at street level. Conversations take place in the pub, over the fence, at the shops – at a neighbourhood level – and while we often ignore this as “just chat” it’s actually often about health, economy, life and the future. If we can engage with it, we stand a chance of building networked communities where people listen and are listened to, and where a consciously-built trust enables shared purpose among a diverse population.

So – back to buildings – what if we worked with, and developed, those neighbourhood-level conversations and networks, and cultivated conversations about a sustainable future. Can we bring into them the understanding of buildings which those 1980’s trainees gained? Can we empower people to change their own homes and neighbourhoods? Should the CITB – instead of simply thinking about how many building tradespeople we will need – think more broadly about how we might use all the resources our society has, in order to get the necessary improvement work done?

So, here’s an idea:- What if the UK construction training infrastructure were shifted in focus to work through local construction training providers to empower neighbourhoods to make their own change. To firstly gain an understanding of their homes, and how they need to change to minimise climate change and cope with its impact. To then take on the skills and knowledge to transform those homes – working collectively where it makes sense (and bringing in specialist skilled people where needed), and collectively dealing with the logistical nightmare that this scale of change brings. We may just stand a chance of transforming 29 million homes if 29 million families get involved. Is there, really, any other way?

PrevPreviousDesign in the Time of Coronavirus
NextBack to Black & WhiteNext