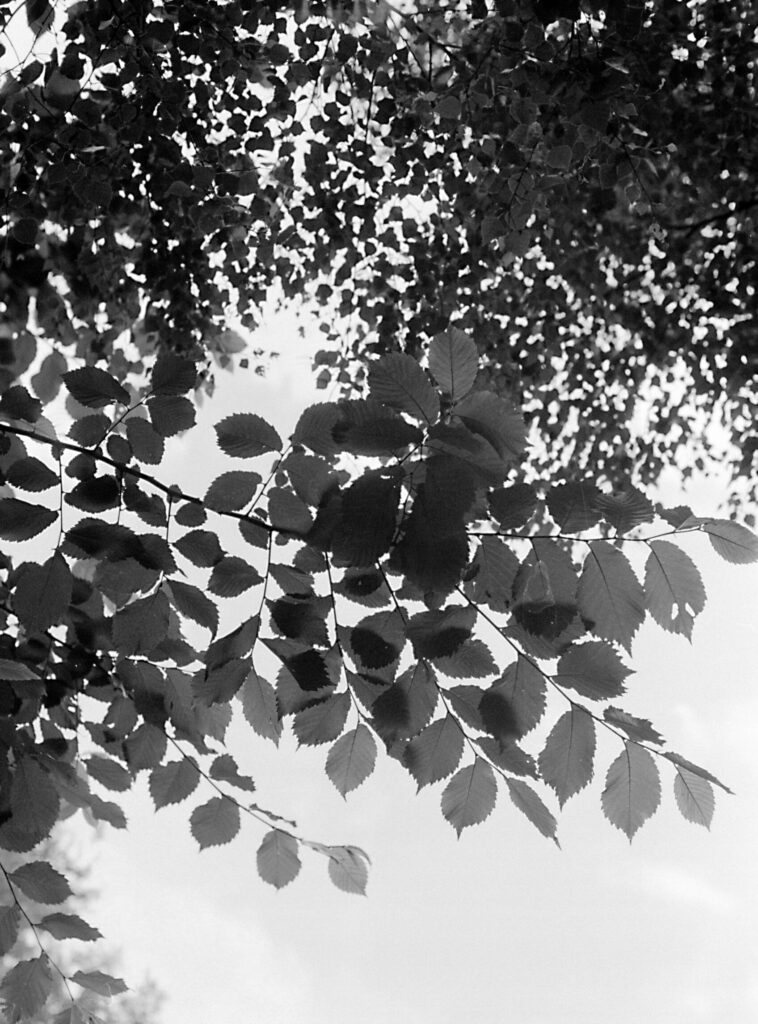 As a student in the seventies and eighties, I had a nice camera – a Nikon FM – which encouraged me to walk my neighbourhood looking around me carefully. I kept it – and still have it, although time has not been good to the mirror damping, and the viewfinder screen is dotted with annoying crap. But I put a couple of films through it recently and it reminded me what a joy photography with film was. I’d bought the FM because back then a “proper” camera had to be mechanical. Now, with hindsight and a bit less snobbishness, I could get an automatic Nikon FE of the same age, plus a couple of nice (50mm and 24mm) lenses. In fact it only took a little agonising in order to add to these a Nikon FA body (a 1980’s “technocamera”!) and a Micro-Nikkor 105mm macro lens.

Update:- Further minimal agonising happened when I realised I could get Nikon’s pro-level F4 – a body which cost around £2k and with a robust bulk which comprises about 1850 parts – for about £250. I will stop buying kit now and focus on using it better…!

I’d always shot B&W, partly because I could handle developing and printing with limited kit, and partly because I simply liked the focus on tone and texture which a monochrome world gives. I don’t now have a darkroom so I simply develop the films old-style with a changing bag and tank, and then scan the negatives and import into Photoshop. Again, a cheap Reflecta scanner has given way to the temptation of an Epson V850 Pro, which batch-scans a 36exp film in two hits at spectacularly high resolution.

I slightly miss the magic of seeing printed images appear before my eyes, but there’s still a physicality about it – timing the development processes and exploring the impact that film grain has on the images. 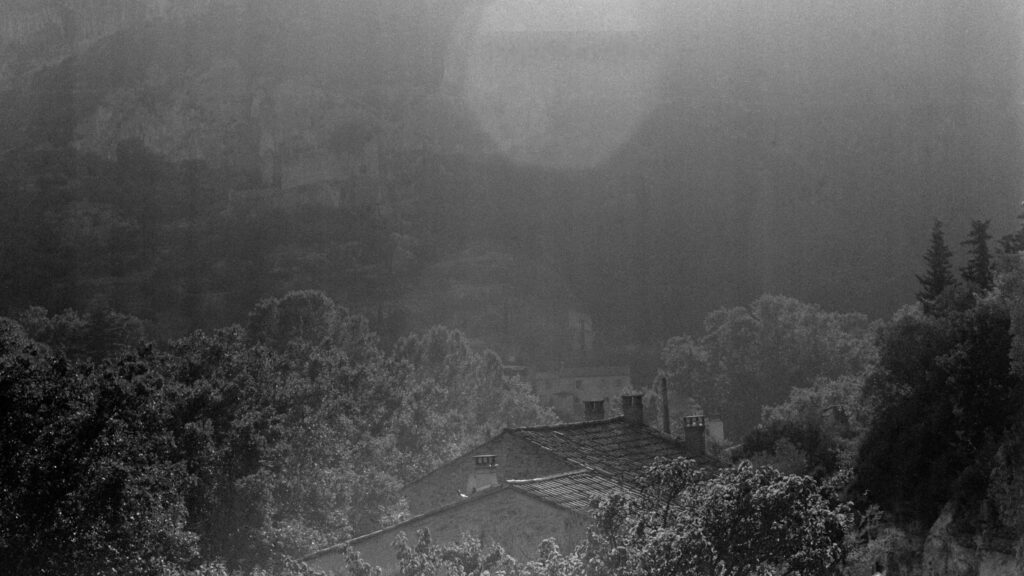 Shooting with film is of course very different to digital – especially the convenience of a smartphone. Hopeless for site photos, or capturing moments of life which simply crop up and require instant attention. But wonderful for making a conscious effort – adding an extra layer of meaning to a walk or exploring a place. It’s a good way of being reminded of truths that aren’t always obvious, too. Helen and I often use film-making analogies around our work – panning and zooming are good ways to describe different ways of looking at ideas or issues and the connections between them – something we wrote about here in respect of My York Central.

The photo near the top of this page shows a name in the stone capping – “Pinehurst” – picked out by the sun. I returned to this place some weeks later and the name was invisible, however hard and from whatever angle I looked. There are probably only a few minutes each day – and then only when the sun shines – when the light picks out the relief; care (or luck) with timing can be very important in shaping what we see, or don’t.

I’ve been fascinated by depth of field, too – it’s not always the stuff in focus which is the most interesting. 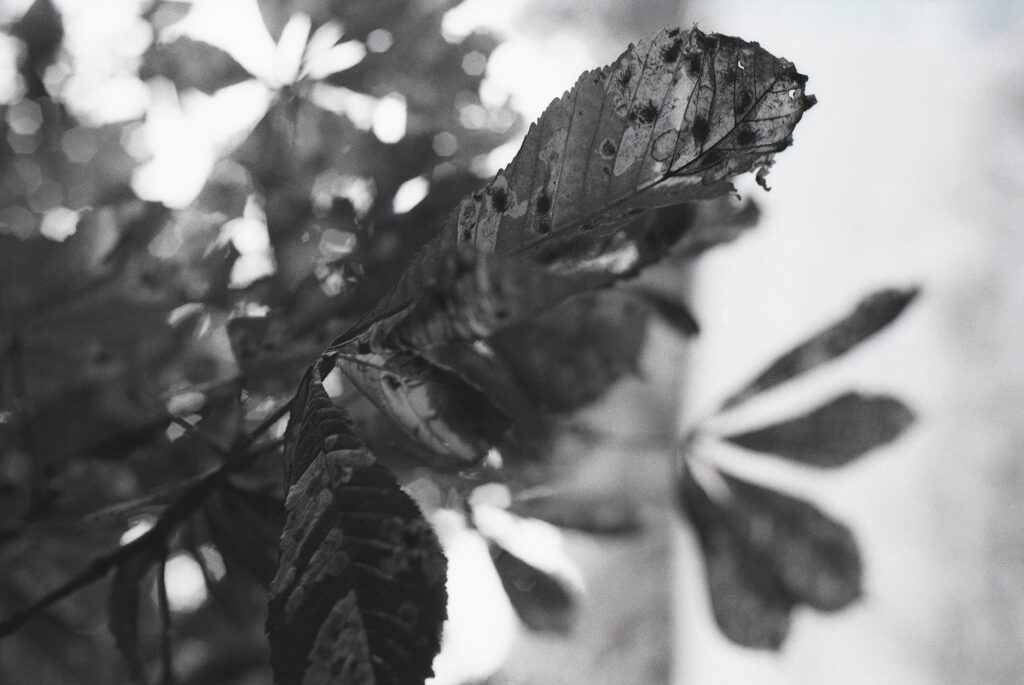 Sometimes the important stuff can be out of focus, uncertain. Sharper detail within the field of view can be useful to set a point of reference, but the out-of-focus can be the bulk of what you’re seeing. It can be dreamlike – implying change and movement. Its depth or distance can be uncertain, but it will often still hold information – where light is coming from, perhaps. A reminder that much of what surrounds us is equally unclear – we build our reality out of snatches of what passes, or threads of clarity which pass through confusion.

Sometimes it’s best to be comfortable with uncertainty and to leave multiple possibilities alive; perhaps to be clarified by some future moment or viewpoint or to simply remain as unclear – forcing us to allow for uncertain futures. (Richard Sennett and Pablo Sendra talk about helping our cities accommodate uncertainty in their book Designing Disorder).

Sometimes the uncertainty leads you to a narrative rather than a simple truth; in our public engagement work we talk of looking for resonant issues. This means avoiding the “57% of respondents said they wanted a bench here” stuff and going instead for the more complex “there were various stories about journeys people made, and exploring these might reveal connections we could respond to in design of this place”.

PrevPreviousA conversation about skills and the future
NextPassivhaus and WellbeingNext